It's every septic system owner's nightmare -- that moment when your first see or smell the telltale signs of a failure in progress. But what exactly is going on down there? Here are four possible explanations for your septic system woes.

If any part of your septic installation has a breach in it that allows effluence to escape into the surrounding soil, you've got an unhealthy (and disgusting) problem on your hands. The two principal failure points are the tank itself and the pipes that lead out of it. But a leaky tank doesn't necessarily mean that your installer did a poor job. No septic tank lasts forever, although some materials are more robust than others. Concrete, the most common material used for tanks, can crack in response to temperature swings and shifts in the earth, while steel tanks can rust and fiberglass tanks, with their lightweight construction, can be damaged relatively easily. You can head these issues off at the pass by having your tank inspected every few years.

Pipes can also become cracked or broken. This can sometimes happen due to subterranean shifting -- but if you have trees planted in the vicinity, they could also be your culprit. Tree roots tend to grow during the spring months, and they can put enough pressure on pipes to crack or even crush them.

Your septic system's pipes don't have to be utterly destroyed to cause the system to fail -- sometimes a simple blockage is sufficient. Tree roots can be at the cause of this problem too, since any root big enough to crack a pipe is probably big enough to penetrate it as well, blocking the passage of wastewater. It's also possible for solid objects to get flushed down the toilet or dropped down the garbage disposal, where they may block the pipe that sends water from the house to the tank.

You can confirm where a blockage is occurring by looking inside the tank. If sewage isn't making its way into the tank, then the tank won't display any signs of flooding, meaning that the blockage lies in the pipe extending from the house. If the tank is flooded, then the pipe leading from the tank to the drainfield is blocked.

If your property smells like an open sewer, then the source of your problem may lie farther afield -- literally. Drainfields, also called soakaways, are underground areas designed to receive wastewater from the septic tank. From there the wastewater "percolates" down into the soil as a kind of natural waste treatment process. But when your drainfield gets overloaded with water, it can't send that waste anywhere, so it sits in the soil and can even bubble up to the surface.

What's causing your drainfield dilemma? If you're dumping large amounts of water into your tank all at once, you might be overwhelming the drainfield's ability to drain. Take care not to empty your hot tub water or water purification reservoir into your septic tank, and try reducing everyday water usage by installing low-flow toilets and shower heads. If the problem continues despite your best behavior, the drainfield might simply be too small, in which case you'll need to have this part of your septic installation modified.

If your soil fails to finish treating the wastewater from the drainfield, you could have a smelly biohazard on your hands even if every other part of your septic system works perfectly. The soil doesn't do the actual work, however; bacteria in the soil consume the waste, breaking it down into inert components. Unfortunately, this bacteria can be killed off by many of the household chemicals homeowners pour down their sinks. Solvents, paints, and various household cleaners can all prove toxic to the microorganisms that are essential to proper septic system function. Try to dispose of these products some other way.

Another strange phenomenon that can cause soil failure is known as sodium bonding. This occurs when traces of sodium in your wastewater bond to clay particles in the soil, creating a substance called "hardpan" that won't allow water to drain properly. You can fix this problem by adding an ingredient called calcium polysulfide to your wastewater.

Don't let a faulty septic system ruin your quality of life. Keep up your regular maintenance routine, schedule those periodic inspections and cleanings, and get any problems repaired immediately. You'll be glad you did! And don't forget that you can always reach out to a local professional, such as Claggett & Sons Inc. 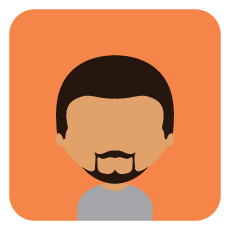 When I moved into my house, there were two separate outdoor living spaces. I knew before we even bought the house that I wanted to have the two spaces connected to be one large outdoor living and dining space as well as an outdoor kitchen. The way it was set up, I knew that a good contractor could position my dream outdoor kitchen right between the two spaces and create the one large space that I wanted. If you have projects similar to this around your home, my blog can help you through the planning process and provide you with some inspiring ideas.